The September 2010 issue of Landscape Architecture Magazine announces the General Design Student Honor Award recognizing the work of Roberto Rovira’s student Brennan Baxley, completed during the Fall 2008 at Florida International University. The proposal, titled “Ephemeral Boundaries,” explores the Urban Development Boundary between Miami and the Everglades by conceiving an active educational space at the intersection of the built and natural environments of this area.

The national American Society of Landscape Architects [ASLA] General Design Honor Award is described by the ASLA as “far and away the most competitive [category], with twice as many submissions as the next largest category, Analysis and Planning .”

Only 7 projects were recognized from a record number of 618 entries from 20 countries. 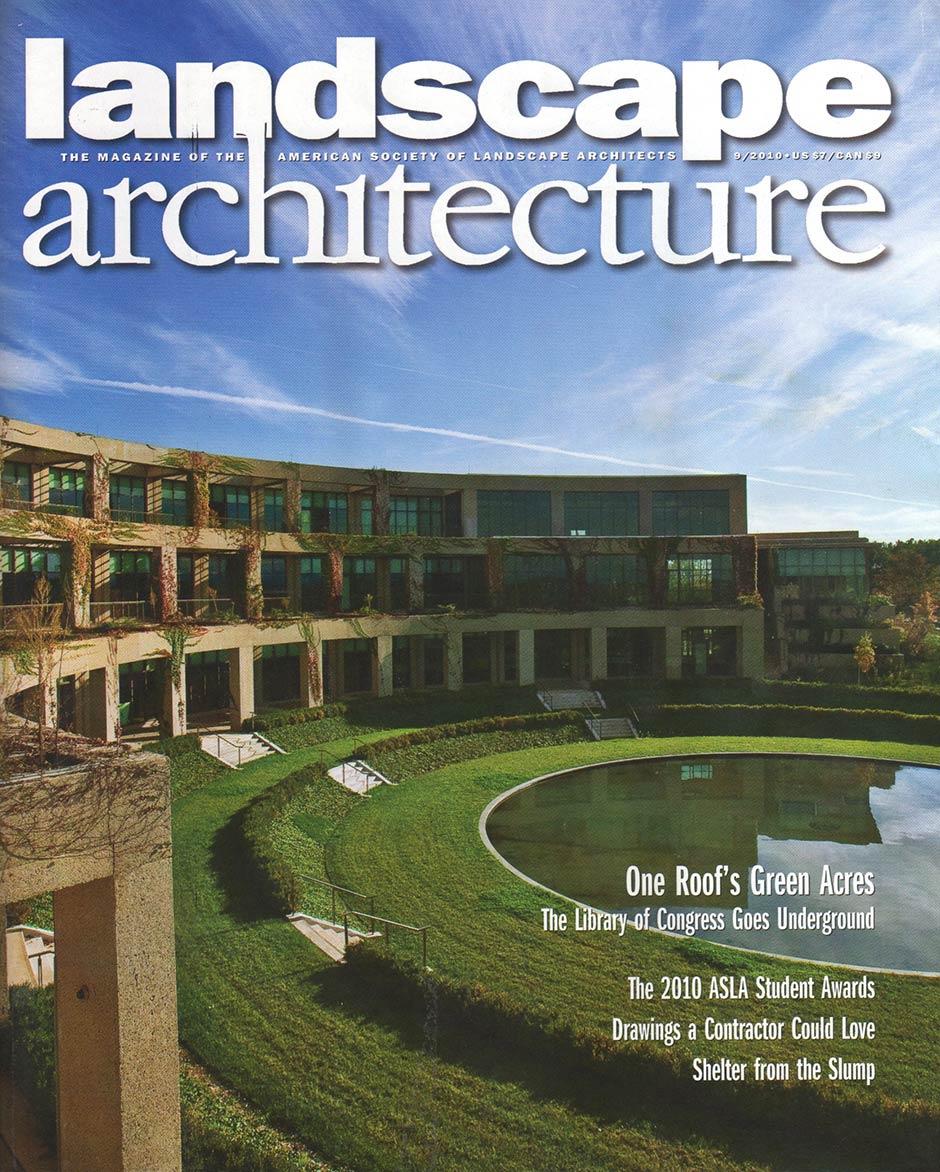