Studio Roberto Rovira was named as 1 of 8 Emerging Voices for 2015.

Each year the League selects eight emerging practitioners through a juried, invited portfolio competition. The Emerging Voices award spotlights individuals and firms based in the United States, Canada, or Mexico with distinct design voices and the potential to influence the disciplines of architecture, landscape architecture, and urbanism. The jury reviews significant bodies of realized work and considers accomplishments within the design and academic communities. The work of each Emerging Voice represents the best of its kind, and addresses larger issues within architecture, landscape, and the built environment.

Being named an Emerging Voice by The Architectural League is one of the most coveted awards in North American architecture, and the program is notable for its over thirty-year history of identifying and nurturing firms that go on to have influential practices. See below for the 2015 winners. For a complete list of past winners, click here. 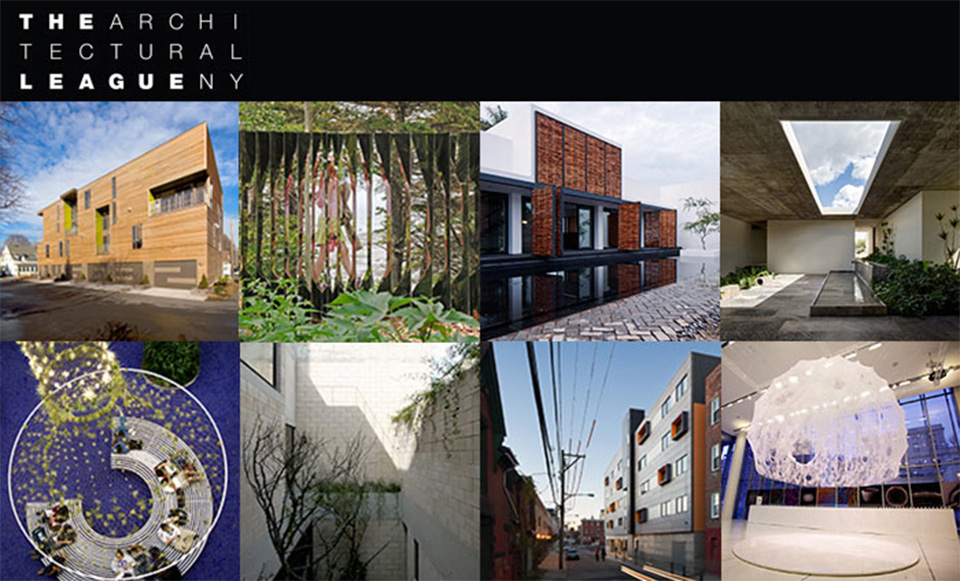