The Sunspars project was the first place winner of an international ideas competition whose goal was to create a monument to the City of Miami. Pivoting pedestrian bridges transform from a horizontal position during the daytime into a vertical configuration that can be visited via elevators at night. The design encourages foot and bicycle traffic and connects two important sides of the bay in an intensely car-centric environment. Solar louvers and a balanced counterweight design encourage human-powered mobility while

communicating a city’s energy, vitality and activity day and night. Their form is inspired by the graceful shape of leaves on a palm frond—a resilient structure and efficient processor of energy that echoes Miami’s landscape as much as the city’s ability to thrive under adversity.

Featured in Design Book Magazine, Univision, and National AIA Magazine, among others (2005-2008). Read more in NEWS. 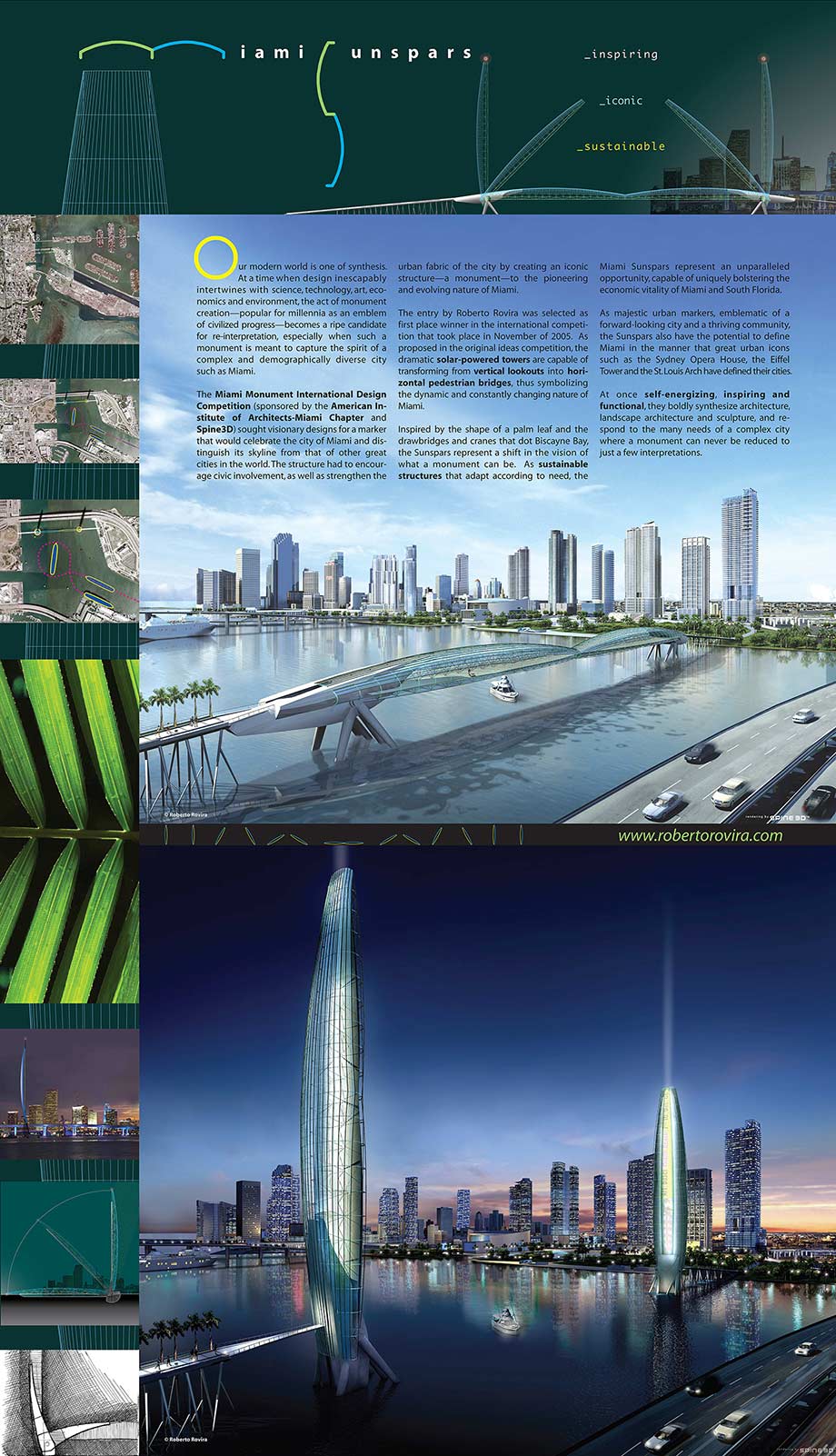 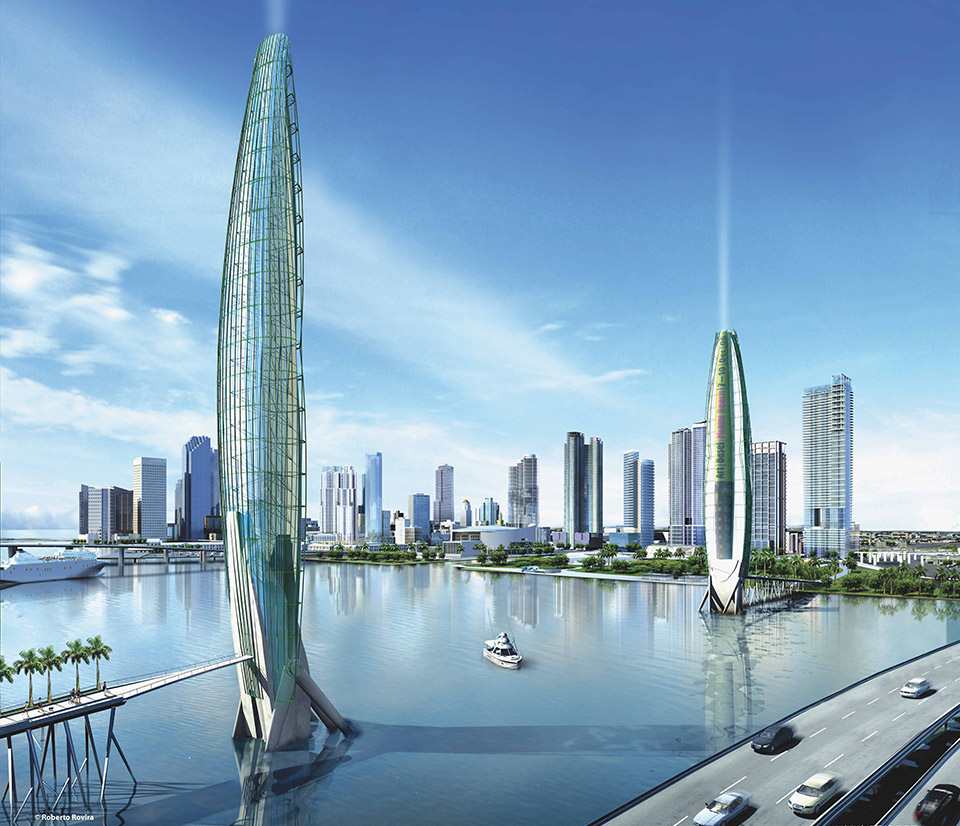 Project Details:
Developed through the generosity of a grant from the Ewing Marion Kauffman Foundation and the Pino Global Entrepreneurship Center.