100 Christmas trees discarded in January were collected and ‘transplanted’ into a tight urban alley, creating an evergreen forest with a narrow path in between.  The forest was subsequently moved to two distinct locations several blocks away over a two week period.

Founded in 1996 in Providence, RI, Guerrilla Gardens focused on developing the medium of the “semi-anonymous” temporary installation as a way of expressing the potential of landscape and architecture in various urban spaces. Featured in “Guerrilla Gardens” documentary by Brett Rogers. 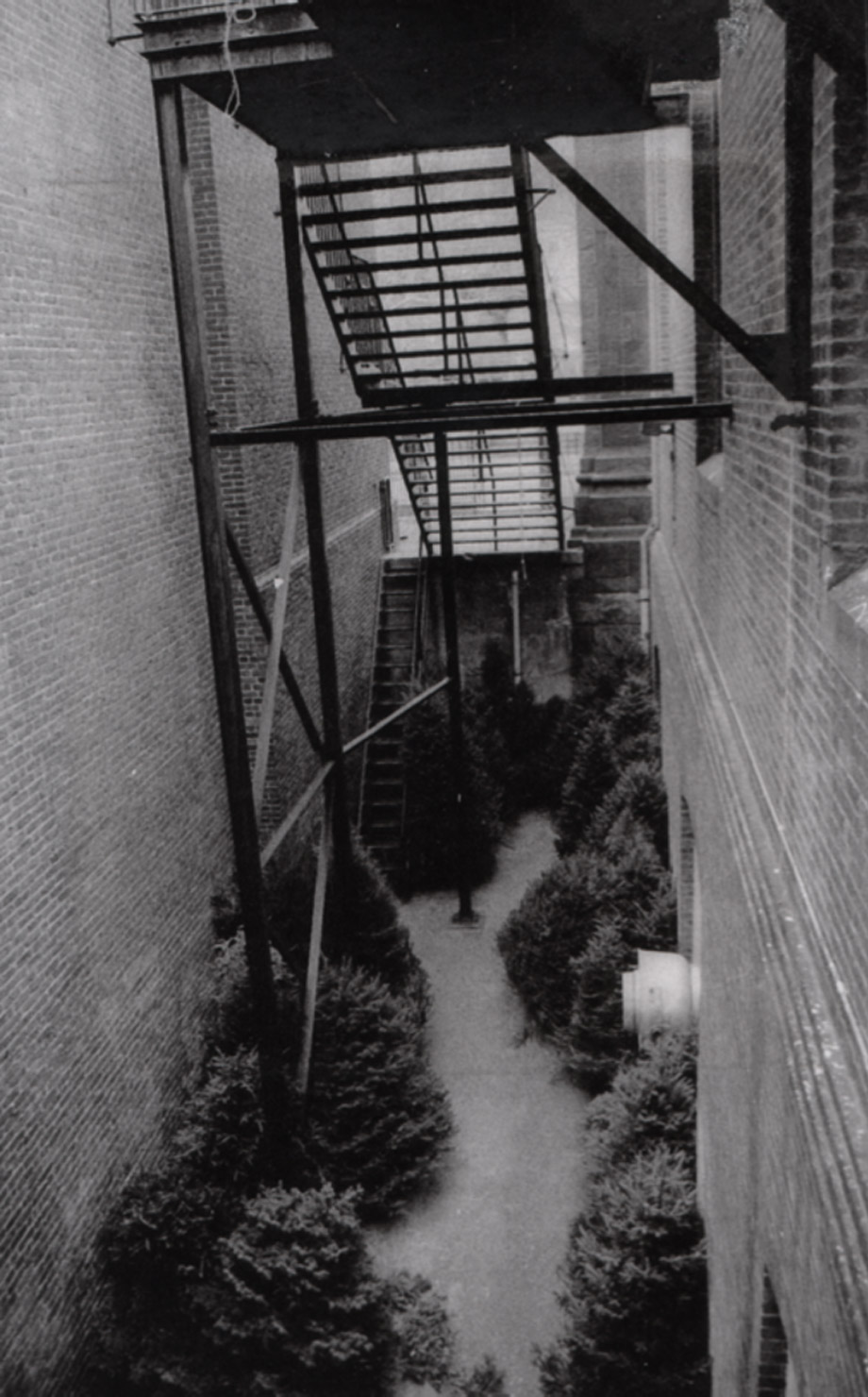